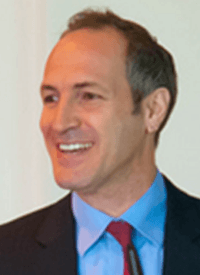 I have trained as a physician and subsequently delved into biomedical research, obtaining additional training in molecular pharmacology. I am interested in the actions of G protein-coupled receptors (GPCRs) and G protein signaling, exploring the mechanisms that contribute to human disease. My lab is mostly interested in endocrine diseases and disorders of bone and mineral metabolism. Current research focuses on the GNAS complex locus, an imprinted gene giving rise to the alpha-subunit of the stimulatory G protein (Gsα) and multiple other monoallelically expressed transcripts and proteins, such as XLαs. Gsα is a ubiquitous signaling protein essential for the actions of many hormones, neurotransmitters, and autocrine/paracrine factors. Impaired Gsα activity is responsible for several endocrine and musculoskeletal diseases, such as Albright's hereditary osteodystrophy and pseudohypoparathyroidism. Our research efforts led to the discovery of novel GNAS mutations or epigenetic alterations responsible for the different types of pseudohypoparathyroidism. We have also investigated XLαs, a large variant of Gsα, as nearly all GNAS mutations alter the activity of XLαs, as well as Gsα. Our studies discovered novel cellular actions of XLαs and, thereby, enhanced the understanding of the diseases caused by GNAS mutations. Recently, I have received training and become an ABMGG-certified clinical molecular geneticist. Thus, I am involved in clinical genetic testing for various diseases including hereditary cancers and pediatric disorders. Academically, I have been a member of the Harvard Medical School faculty since 2001 and am currently Associate Professor of Medicine.