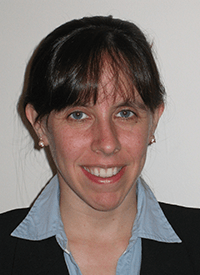 Dr. Babitt’s research program is focused on elucidating the molecular and cellular mechanisms governing systemic iron homeostasis. Her ultimate goal is to identify new treatment strategies for disorders of iron homeostasis, such as the anemia of chronic disease and the iron overload disorder hemochromatosis. In particular, Dr. Babitt discovered that the bone morphogenetic protein (BMP) signaling pathway, through the ligands BMP2/6 and the co-receptor hemojuvelin, has a central role in controlling expression of the main iron regulatory hormone hepcidin to govern systemic iron balance. This was the first identified signaling mechanism for hepcidin regulation and provided a mechanistic explanation for the pathophysiology of iron overload due to hemojuvelin mutations, the most common cause of juvenile-onset hereditary hemochromatosis. Building on these fundamental discoveries, Dr. Babitt pioneered the use of novel biologic and small molecule agents targeting these pathways to treat the anemia of chronic disease and hemochromatosis in animal models. One of these biologics reached Phase II clinical trials as a new treatment for anemia of chronic kidney disease in human patients, thereby translating Dr. Babitt's discoveries from the bench to the bedside. Her work has also shed light on the function of other genes mutated in hemochromatosis and how body iron levels are sensed. The success of these programs is demonstrated by sustained NIH funding, and a prestigious Marcel Simon Award from the International BioIron Society for excellence in the research of genetic hemochromatosis.