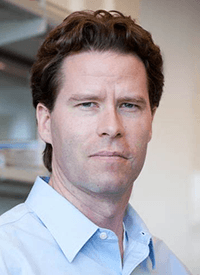 Neurodegenerative diseases target specific neurons in specific brain regions. My research concerns this problem of selective vulnerability, with a focus on frontotemporal dementia (FTD), Alzheimer’s disease (AD), and amyotrophic lateral sclerosis (ALS). The behavioral variant of FTD (bvFTD) targets the anterior cingulate (ACC) and frontoinsular (FI) cortices, leading to abnormal social and emotional behavior. These regions are the unique homes to a class of projection neurons, called von Economo neurons (VENs) and fork cells, which we have shown to be selectively vulnerable in early bvFTD. We are investigating the mechanisms of VEN and fork cell vulnerability and how disease spreads from its initial targets using structural and functional neuroimaging and human post-mortem tissue studies.

In our neuroimaging research we use structural MRI and task-free functional MRI to map large-scale networks in humans and build mechanistic models of neurodegenerative disease progression. This work is based on one of our early findings, that each pattern of neurodegeneration seen in patients recapitulates a large-scale network as delineated in the healthy brain. Ongoing efforts seek to develop better predictive models of disease progression that will serve as disease-monitoring biomarkers in future clinical trials. We are also studying carriers of disease-causing FTD mutations to gain insights into the presymptomatic and prodromal phases of the disease.

Having identified the VENs and fork cells as early-vulnerable cell types in bvFTD, we are studying how these neurons differ from other less vulnerable neurons in terms of their basic biology and proneness to various disease-related events. We have embarked on studies of VEN identity, neurodevelopment, connectivity, electrophysiology, gene expression profiles, and ultrastructure, as well as changes in FTD. We hope to help collaborators differentiate human induced pluripotent stem cells into VENs and fork cells to enable controlled mechanistic studies of this disease-relevant neuronal subtype.