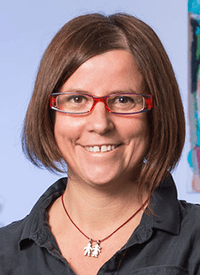 I am currently the Chief of the Katz Family Division of Nephrology and Hypertension and the Director of the Peggy and Harold Katz Drug Discovery Center at the University of Miami, where I am also the associate Director for the MD/PhD Program. My work was the first to uncover the importance of pro-survival insulin signaling pathways in podocytes of the kidney glomerulus (Kidney International 2008, 2009; NEJM 2010). I also uncovered how nephrin regulates pancreatic beta cell function (Diabetes 2010, JBC 2012). More recently, I discovered that impaired reverse cholesterol transport strongly contributes to podocyte insulin resistance and apoptosis (Diabetes 2013), and I identified a new mechanism linking clinically and experimentally inflammation to impaired cholesterol efflux (JCI 2016). In this context, I discovered that treatment with cyclodextrin protects from kidney disease progression, an invention that will be soon tested in patients. In further studies, I demonstrated that rituximab has beneficial off target effects in cells other than B-lymphocytes, such as podocytes, through modulation of sphingomyelin related enzymes (Science TM, 2011). I have developed and patented new assays to predict proteinuria in patients with glomerular diseases (Science TM 2011; Diabetes 2013). I was also the first to treat patients with recurrent FSGS after transplant with abatacept (an antibody directed against B7-1) (NEJM 2013). My research is funded by several grants from NIH, private foundations and industry. I am on to the editorial board of Diabetes and Kidney International, I serve as grant reviewer for NIH, DOD, ADA, I organized meetings such as the American Society of Nephrology and the American Diabetes Association. Most importantly, I have been able to combine a successful career with an active and joyful family life with 2 wonderful children, and I am very passionate about mentoring trainees who are interested to pursue this highly rewarding career of a physician-scientist.