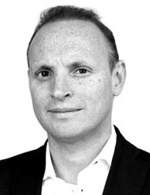 Justin originally trained in medicine at Trinity College Oxford, where he gained a first class degree. He completed junior doctor there then an internal medicine residency at The Johns Hopkins Hospital in Baltimore, returning to continue his career at The Royal Marsden and then St Bartholomew's Hospitals. His PhD research investigated the interplay between the immune system and cancer; he was appointed a senior lecturer in 2007, and a Professor in 2009.

Professor Stebbing has published over 600 peer-reviewed papers. His focus at Imperial is on new therapies in cancer, and the systemic management of patients with solid malignancies including a number of new biomarker-based approaches. The charity Action Against Cancer www.aacancer.org has been set up to support Justin's work which concentrates on drug development, gene regulation and has the ambitious goal of developing cures.

He sits on a number of international cancer committees. Recently, Justin's team published in Nature Medicine the discovery of a new cancer-causing gene (LMTK3) which we have now implicated in breast, gastro-intestinal, lung and other solid tumours. The National Institute for Health Research (NIHR) awarded Justin Stebbing its first translational research professorship in oncology, aiming to bridge the gap between the laboratory and the patient to ensure therapy is personalised. The focus of this is understanding why some patients with cancer relapse, and developing a program to reverse this and prevent it.

In 2016 Justin became Editor-in-Chief of Oncogene (Nature Publishing Group's cancer journal) and was elected to the American Society for Clinical Investigation.