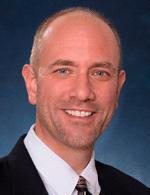 The laboratory focuses on the role of integrative metabolism, with key relevance to heart failure and metabolic diseases. We have targeted two major inter-related foci:

The role of ketone metabolism in systemic energy metabolic homeostasis. Using gene-targeting approaches in mice coupled with NMR and LC/MS computational metabolomics, we discovered that ketone oxidation is required for survival during the neonatal period in mice. To determine whether hepatic ketogenesis is important for metabolic homeostasis in the liver, we targeted the mitochondrial 3-hydroxymethylglutaryl-CoA synthase, the fate-committing hepatic ketogenic enzyme, and made the surprising observation that ketogenesis plays an important protective role in the development of steatohepatitis in the carbohydrate-laden absorptive state. Specifically, the ketogenic pathway serves as an outlet for carbon substrate that otherwise would contribute to lipogenesis and gluconeogenesis. These findings unveil novel target candidate pathways relevant to the emerging pandemic of non-alcoholic steatohepatitis (NASH).

Ketone utilization in the normal and failing heart. During the development of heart failure, the myocardial capacity for oxidizing fatty acids, the chief cardiac fuel under normal conditions, becomes constrained. This fuel shift is believed to contribute to the ‘energy starvation’ of the failing heart. We have used nutritional and novel gain- and loss-of-function genetic models, again coupled to NMR and LC/MS computational metabolomics, to demonstrate that the heart uses ketone bodies in a counter-regulatory manner with fatty acids, likely an adaptive response to changing nutritional states and stress conditions. These observations support initiatives to understand new mechanisms for prognostic assessment and treatment of heart failure.