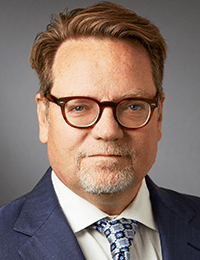 Dr. Peter Gruber pursued clinical training at the University of Pennsylvania, Johns Hopkins Hospital, and the Children’s Hospital of Philadelphia. His also pursued scientific training at The Rockefeller University and the University of California, San Diego. From 2001-2011 he held the position of Assistant Professor in the Department of Surgery at the University of Pennsylvania School of Medicine as well maintaining an active practice of pediatric heart surgery at the Children’s Hospital of Philadelphia. In 2011, he held the D. Rees and Eleanor T. Jensen Presidential Chair in Surgery at the University of Utah School of Medicine and was an investigator in the Molecular Medicine (U2M2) Program at the Eccles Institute of Human Genetics and concurrently serves as Chief, Section Pediatric Cardiothoracic Surgery at Primary Children\'s Medical Center in Salt Lake City. He served as Chair of the Department of Cardiothoracic Surgery at the University of Iowa before moving to Yale University in 2018 where he is also a mewmbe rof the Pediatric Cardiac Genomics Consortium. Dr. Gruber has authored more than 100 peer-reviewed research manuscripts and 8 book chapters. He is best known for his work in human congenital heart disease, particularly investigations in the molecular basis of defects of cardiac morphogenesis and their relationship to cardiac progenitor cells. Current topics of investigation in his laboratory include studies of the genomics of the second heart field, the role of histone acetyl transferases and deacetylases in cardiac physiology and development, and the recapitulation of early human cardiac developmental programs using iPS cells. Dr. Gruber serves as reviewer for various journals, including the Journal of Thoracic and Cardiovascular Surgery, The Annals of Thoracic Surgery, Circulation Research, Development, and Molecular and Cellular Biology. He has served on grant review committees for the American Heart Association and the NIH. Dr. Gruber’s honors include election to the Alpha Omega Alpha Honor Society and the American Surgical Association.