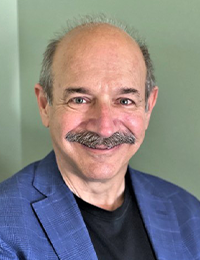 Bruce Beutler, MD, is a Regental Professor at the UT Southwestern Medical Center, where he directs the Center for the Genetics of Host Defense.

Dr. Beutler studied medicine at the University of Chicago. Early in his career he isolated mouse TNF and discovered its inflammatory properties, later developing TNF inhibitor proteins that found widespread use in clinical medicine. He then identified Toll-like receptor 4 as the mammalian sensor of bacterial lipopolysaccharides. These groundbreaking studies earned Dr. Beutler the 2011 Nobel Prize in Physiology or Medicine (with J. Hoffmann and R. Steinman).

In the past decade, using statistical computation and artificial intelligence to discover point mutations that cause any measurable phenotype in real time, Dr. Beutler and his team have identified thousands of mutations in hundreds of genes that disrupt normal immune function, development, metabolism, neurobehavioral function, and other biological processes of interest.