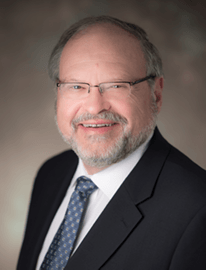 Dr. Weiss is the Ephraim P. Engleman Distinguished Professor of Rheumatology in the Department of Medicine at the University of California, San Francisco, and has been on the faculty there since 1985. He served as Division Chief of Rheumatology at UCSF from 1988-2011. He has been an Investigator of the Howard Hughes Medical Institute since 1985.

A graduate of Johns Hopkins University (1973), Dr. Weiss received his MD (1979) and PhD (1978) degrees at the University of Chicago. He did his graduate training in the lab of Dr. Frank Fitch where he studied transplantation immunology. Dr. Weiss did his internship and residency in internal medicine at UCSF. During his subspecialty training in rheumatology he worked in the laboratory of Dr. John Stobo where he began his work on characterizing the T cell receptor and its mechanism of signaling transduction.

Dr. Weiss is a leading researcher in the field of signal transduction in the immune system, focusing on the roles of tyrosine kinases and phosphatases in regulating lymphocyte activation. He has studied how abnormalities in tyrosine phosphorylation pathways lead to immunologically-mediated diseases.

Dr. Weiss a co-founder of Nurix, Inc. and is on the Scientific Advisory/Review Boards of Five Prime Therapeutics, Genentech, and Portola Pharmaceuticals.